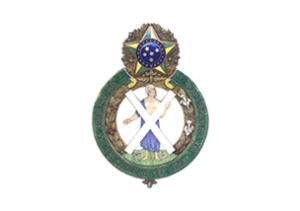 Article by James Frew, Chair of the St Andrew Society.

If you’ve ever heaved a rock into the still water of a Scottish loch, you’ll have seen how far the ripples keep going long after there’s no sign of where the rock submerged and just at the point where attendances at Audrey Hieatt’s Scottish country dancing classes at the Paissandu Club have virtually reached rock bottom, ripples – which began their journey there with young lads from the Brazil Piper Pipe Band – have arrived over on the far shores of São Gonçalo, Niterói. Whatever could be the connection between an impoverished area renowned for its extreme violence and such a sedate pastime as Scottish country dancing you may ask yourself. Well, it’s certainly quite a fascinating story, which you’ll experience yourself at first-hand if you come along to the the Jubilee Hall, Botafogo, on October 6th starting at 7.30pm. It all began over a hundred years ago with a handful of Scottish immigrants who founded the St Andrew Society as a charity to give donations to worthwhile causes from funds raised from Scottish cultural events such as annual dress balls, dinners, Burns suppers and golf competitions. Following the 9/11 attack in New York the society lost a major sponsor in British Airways and also lost the Copacabana Palace hotel when it changed ownership. Of late, the Tuesday nights of Scottish dancing have lost their appeal to a community with less time to spare these days for such activities. In the meantime while the community’s interest in the society has declined, another branch of Scottish culture from the same root has been steadily growing. From one lone piper in the nineteen eighties, there are now at least four pipe bands between São Paulo and Rio, linked to pipe bands in Argentina, Uruguay, Chile and Peru, some of which have been in existence for more than fifty years and all part of a world-wide fraternity of Scottish pipe bands.

Every two years the bands compete in a different host country. In 2015 it was Sao Paulo. In 2017 it was Santiago. Next year it will be Bariloche. Last year, members of the Brazil Piper Pipe Band from São Gonçalo began attending the dancing at the Paissandu Club. Unknown to us, they’ve been teaching the dances to their friends.  They want to know more about Scotland. At this year’s Caledonian Ceilidh in the Jubilee Hall, we’ll have two sets of tartan-clad dancers and a pipe band, all from São Gonçalo. This is a fantastic social project for young people, exactly as envisaged by the society’s founding fathers and a credit to Audrey Hieatt and Pipe Major J.Paulo. Except that now, just like the pipe bands and dancers in Argentina are Argentinian, in Chile they’re Chileans, in Peru they’re Peruvian, our dancers are a new generation of Brazilians. But the culture remains pure Scottish. Check out Pipe Major J.Paulo’s facebook page for more about this phenomenon, then, come along to the Jubilee Hall in Botafogo on October 6th at 7.30 to watch the “Iain MacPhail Ceilidh band from Edinburgh meets the pipes, drums and dancers of the Brazil Piper Pipe Band” show. You can join in the fun yourself and even win a bottle of real Scotch whisky!